We had great time at the International Avaya Users Group CONVERGE 2015 show in Denver last week! Saw lots of friends, partners, customers – as well as quite a few new faces. We were happy to see the attendance was very solid, as usual.  Thanks to everyone who stopped by the booth, and congratulations to the winner of our GoPro camera giveaway! 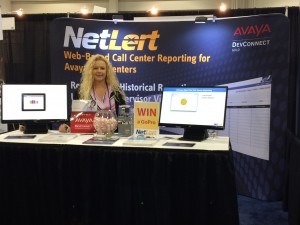 Me at the booth